Several years ago I enjoyed reading a short business book titled Outstanding! 47 Ways to Make Your Organization Exceptional by John G. Miller. The first chapter of this book begins with a metaphorical story about two groups of people reacting to an unexpected snake in their workplace. The first group merely discusses how to take care of the problem, but the second group cuts off the snake's head and removes it from the building.

Ironically, two hours after I read this chapter one of my associates discovered a real-life snake in my real-life workplace! 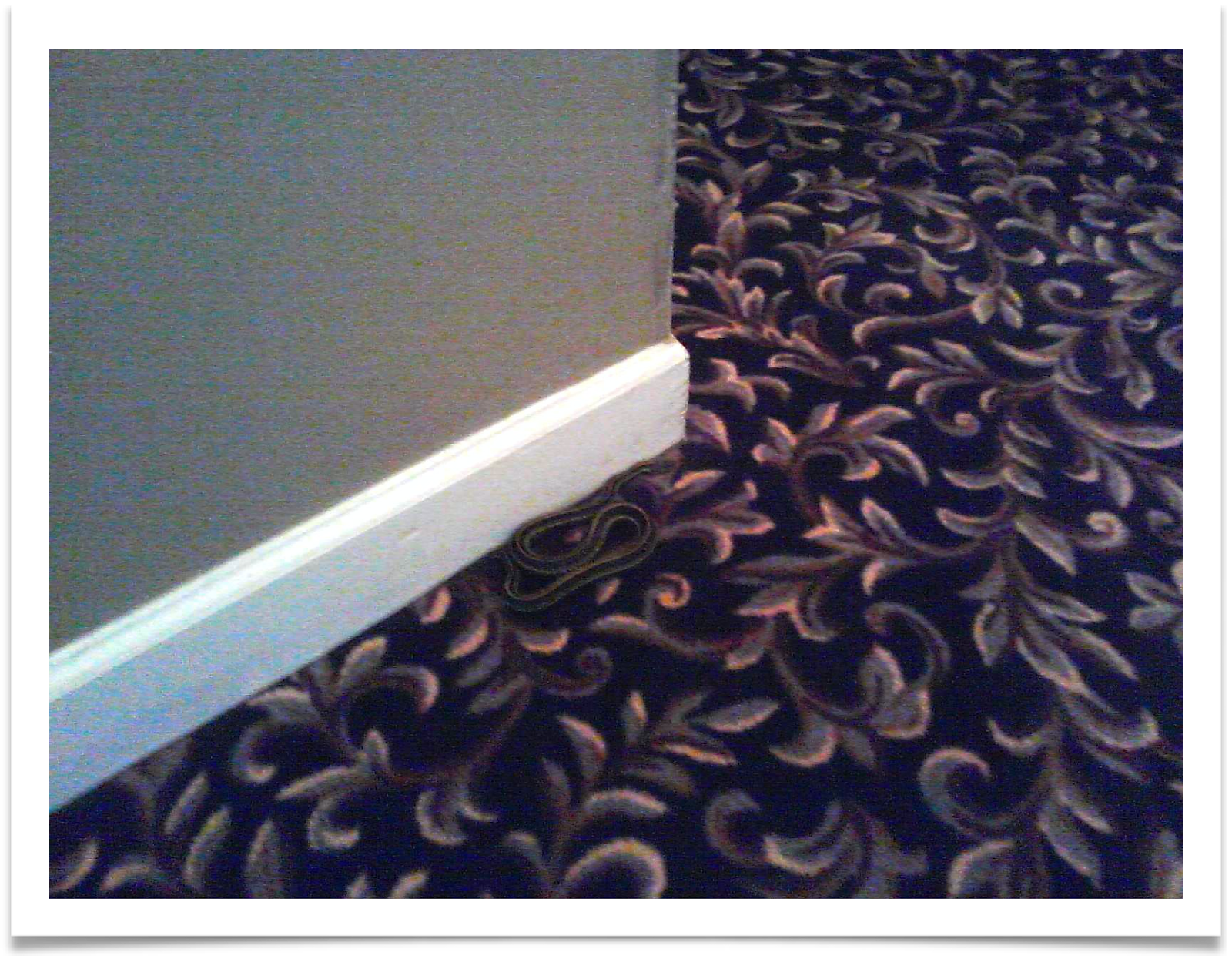 Photo of the snake in my workplace.

Two associates spent a brief period of time talking about the snake, taking pictures, and wondering what to do. Quickly, an impromptu, unofficial work team formed to assess the issue, which I affectionately referred to as the “snake investigation committee.” They discussed in great detail the possibility of the snake being poisonous, their personal emotions, and theories regarding how to potentially remove the snake without alerting any clients present in the office. Some on the committee even decided to involve management by making phone calls to seek direction on the situation. Before long, an experienced coworker entered the scene: Jeff. Jeff explained the situation and the potential disaster with clients in the building. Immediately, he reached for a broom and dustpan from a nearby closet, quickly swept up the snake, and whisked it outside (thankfully leaving the head intact) without any disruption or disturbance to the business clients.

Photo of the snake after being set free outside.

This photo was taken by one of the people participating in the “snake investigation committee.” Jeff was not found in the picture as a result of being focused on business clients and completing business tasks.

In this situation I learned something about both groups: the “snake investigation committee” had good intentions and acted with extreme caution and self-preservation, but the decisions made by the committee appeared to be motivated by fear and slowed any type of literal action. Collectively, they spent an inordinate amount of time forming a committee and analyzing the situation. Ultimately, they contributed little to the positive outcome other than informing Jeff and conducting and documenting an unofficial team-building event.

On the other hand, Jeff (aka “the snake wrangler”) listened to understand the problem and then used the best available tools to solve the problem quickly and efficiently. Jeff was driven by the big picture of serving the internal and external customers for the desired outcome, and was fast in developing a simple plan, which he executed with grace and wisdom. His actions saved the company money and ultimately got everyone back on track faster than they otherwise would have through the due process of a committee.

Too often in the course of serving organizations at Clean Coders, I witness well-intentioned departments in need of our product and services that get held up by committees and processes. The more successful organizations have processes that minimize procedure and limit committees that slow down the acquisition of tools needed for success. The most successful organizations empower front line managers with a quick, transparent processes for acquiring the tools needed for successful development, and then offer support after learning about how the tools are utilized. The teams of employees that received what they need reported to me they are happier, feel more productive, and are valued by the organization. They also reported statistics of improvement after receiving the needed tools.

The quick action of the snake wrangler has been a fun reminder to me of the importance of performing business tasks quickly and keeping work processes simple. In your own daily work life or private life, I hope you remember how Jeff solved this scaly dilemma by acting rather than being immobilized by indecision. If your team is in need of quick assistance to your business's problems, reach out to us at Clean Coders for a straightforward solution.