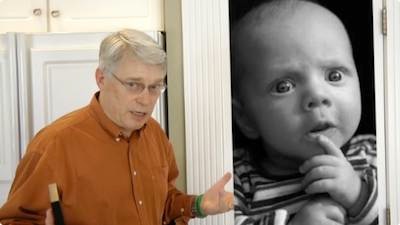 Make sure to watch Part 2 after watching this episode!

Oh no! Not the Liskov Substitution Principle! Not that! Please! Anything but squares and rectangles and type and subtypes. Katie, bar the door! Mabel, hide the kids. Somebody run for the Marshall. Tell him, "LSP is coming!"

That's right, in this episode (after a brief diversion through wave/particle duality), Uncle Bob takes on the dreaded Liskov Substitution Principle. He'll tell you all about the history of the theory of types, including Russell's paradox, and Turing's revelations. He'll show how this theory influenced early computer languages like Algol, Fortran, Cobol, and even C++.

Then Uncle Bob will introduce you to Barbara Liskov, and the principle of substitutability that she wrote about back in 1988. He'll describe that principle in terms of modern languages like Java and Ruby, and he'll show how it relates to Martin Fowler's code smell of "Refused Bequest".

Then he'll dive into the favorite old conundrum of the squares and rectangles, and he'll show that inheritance is not what it appears to be, and certainly not what you have been told it is. He'll teach you about the Principle of Representatives and the implications it has for sub-typing and inheritance. And you Ruby programmers won't get off scot-free either! He's got plenty to say to you about subtypes in dynamic languages.

Next, Uncle Bob will show you the cost of violating the LSP and will present heuristics and techniques for identifying potential violations, and for correcting existing violations. On the way he'll talk about the dreaded if instanceof statement. He'll show why it is dangerous, and when it is appropriate.

Then, true to form, Uncle Bob will present a case study of a subtle LSP failure, and the horrific consequences it causes. You won't want to miss this part. By the time he's done you'll be hunting all through your code trying to find and repair potential LSP violations in order to prevent all the nasty 2AM phone calls you will otherwise receive.

So let the horses out of the corral, batten down the hatches, and run for the storm cellar, because LSP has arrived!

And remember to get Part 2 when you are done with Part 1!