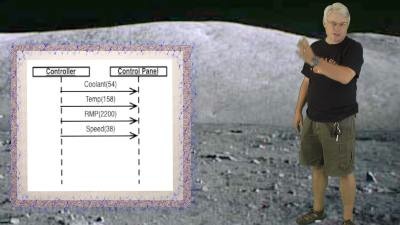 And now, at last, it's time for the Dependency Inversion Principle—the final principle in the SOLID suite.

Go back in time with Uncle Bob to 1979, when he was just a noob software developer with only six years experience. Walk with him through the tale of telephone test equipment using 8085 microprocessors with 32K of RAM and 32K of ROM. See how he first discovered the magic and power of inverting source code dependencies in order to turn those ROM chips into independently deployable components.

Then hop into the time machine to the early '90s when Uncle Bob was becoming an accomplished C++ programmer. See how he, and his team, struggle, and at first fail, to create a huge reusable framework. Watch as he discovers the key to reuse, and to building frameworks that many applications can reuse.

So get ready for a wild ride through time and technology as we DIP in to the Dependency Inversion Principle.