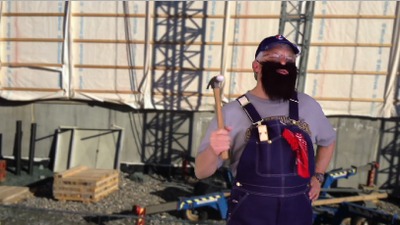 OK, so I completely blew it. For a year now I've been promising you this episode on advanced TDD. Tease, tease, tease—advanced TDD. Blah, blah blah. So then, when I finally started writing the script for the episode, I realized that the script was far too long for one episode, and I wasn't even halfway done with the topics I wanted to cover!

So, I backed off and did a topic analysis on what I wanted to talk about, and found I had three or four episodes worth of material. I gathered the first topics together, and set the others aside for later. And then I finished off the script for the first episode.

Then, after shooting and editing, we realized that the episode is two hours long! Woah! We needed to split it again!

In this episode we're going to do a deep dive into the three laws of TDD with lots of code examples. We'll study the process of TDD in minute detail as we gradually build a simple program to invert names.

As we explore the three rules, we'll also start the discussion about The Single Assert Rule, and then we'll set that aside for more exploration in a future episode.

So, wash your eyes out and clean your glasses, because this one's all about the code. And get ready for the first half of Episode 19, Part 1: Advanced Test Driven Development.